Mike Redwood’s message in the Commentary entitled “The ‘death spiral’ for meat in diets” published on the ILM website on May 27, 2020, touched a nerve and rang true for many in the industry – perhaps the livestock, meat (and for that matter, leather) industries can and should be doing more to publicly address detractors, especially when the criticism is misleading or unwarranted.

However, Redwood raises several points in his comments about the livestock and meat industry that are somewhat misleading, lack context, or require clarification. We must remember that the livestock and meat industries are integral components of the leather industry, and indeed overlapping entities in some countries and regions, so it is only proper to offer our supply chain partners fair representation of the facts and their efforts.

First, Redwood (rightly) identifies the excellent work that has been done by the likes of Dr. Frank Mitloehner of UC-Davis to present balanced, peer-reviewed, scientific research about the atmospheric impact of animal agriculture. But Professor Mitloehner’s influence has not occurred in a vacuum. The industry has actively promoted his research in social media and to journalists helping to grow his voice and impact on the international dialogue about meat’s environmental impact.

Similarly, the livestock and meat industries were at the forefront of addressing the many flaws associated with the EAT-Lancet Report Redwood cites. The industry banded together and martialed resources, including environmental experts, nutritionists, and other thought leaders, ahead of the Report’s release in order to highlight the many inaccuracies and conflicts of interest associated with it. The industry briefed experts ahead of the report and as criticisms flooded in from around the world, those were catalogued and amplified in the media and social media. In fact, the industry’s influence was so powerful and swayed the social media conversation against the report to such a degree that the EAT-Lancet team published an analysis of why the report was so negatively received.

In both examples Redwood cites, the livestock and meat industries have been heavily involved in the efforts to defend their own interests. Can the industries do more to communicate via direct channels about the positive role they play in society? Probably. But like the leather industry, the livestock and meat industries are navigating a new, oversaturated, rapidly changing media and political landscape where facts and experts are not always treated with the proper weight they deserve. Meat industries around the world have campaigns addressing some of these hot-button issues (examples include We Care, Trust in Animal Protein, the Global Roundtable for Sustainable Beef, among others), but that does not mean their messages are necessarily being quoted or treated with the same veracity as those promoted by the industry’s opponents.

Finally, Redwood’s point about the recent federal Executive Order issued by President Trump invoking the Defense Production Act in response to the Covid-19 crisis in U.S. meatpacking plants is misleading and requires clarification.

The Executive Order identifying meatpacking plants as “critical infrastructure” is a legal mechanism used to establish federal government authority over the decision to open or close a plant, rather than leaving the authority with state or local governments. It was a necessary step in order to give federal Occupational Safety and Health Administration (OSHA) and the Department of Labor (DOL) the regulatory authority and resources needed to ensure all packing plants are implementing uniform guidance and operating in a safe manner for employees, while minimizing the impact to the U.S. food supply. According to the Executive Order, companies must implement OSHA and DOL Joint Guidance specific to the meat packing industry in order to remain open, including requirements related to social distancing and Personal Protective Equipment (PPE). Should a company be sued by an employee due to exposure to Covid-19, the Order gives DOL the authority to consider a request to participate in that litigation in support of the employer's compliance program. Likewise, DOL has the authority to consider similar requests by workers if an employer has not taken steps to follow the Joint Meat Processing Guidance.

This is significantly different than “force[ing] the plants to reopen while apparently removing liability for employees’ health” as Redwood incorrectly states. U.S. meat industry organizations, such as the North American Meat Institute, have been actively engaged on this issue with the media, but they are not always given equal time or footing to set the record straight.

We all can (and should) be doing more to effectively defend our industry interests in the collective supply chain. For example, I wholeheartedly agree with Redwood’s previous comments in ILM highlighting the noted lack of leather industry professionals on social media channels defending the industry’s interests. But we must be fair, truthful and constructive in our criticism of close industry partners on these issues. We must also focus on forward looking initiatives rather than always playing defense against groups looking to destroy the industry. 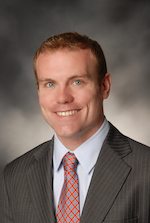 Stephen Sothmann, President of the Leather and Hide Council of America (LHCA)